Blood Plagues and Endless Raids: A Hundred Million Lives in the World of Warcraft 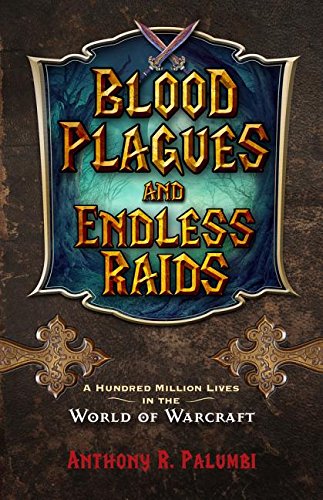 Blood Plagues and Endless Raids: A Hundred Million Lives in the World of Warcraft

In 2005, the video game World of Warcraft struck the cultural landscape with tidal force. One hundred million people have played WoW in the twelve years since.

But those people did more than play. They worked, they fought, they triumphed, they held entire game servers hostage, they even married each other in real life. They developed new identities, swapping their workaday selves for warriors, mages, assassins, and healers. They built communities and rose to lead them. WoW was the world’s first mass virtualization: before Facebook or Twitter, millions of people established online identities and had to reckon with the consequences in their real lives.

Blood Plagues and Endless Raids explores this wild, incredibly complex culture partly through the author’s engaging personal story, from absolute neophyte to leader of North America’s top Spanish-speaking guild, but also through the stories of other players and the game’s developers. It is the definitive account of one of the world’s biggest pop culture phenomena.

World of Warcraft is more than ones and zeroes, more than lines of code, and so its history must be more than pushing buttons or slaying dragons. It’s the tale of a huge and passionate community of people: the connections they made, the experiences they shared, and the love they held for one another.

Infinite Stars Getting Nerfed by 25%

GDPR Notice: We use cookies to ensure that we give you the best experience on our website for Google Analytics and Amazon Affiliates. If you continue to use this site we will assume that you are happy with it.Ok