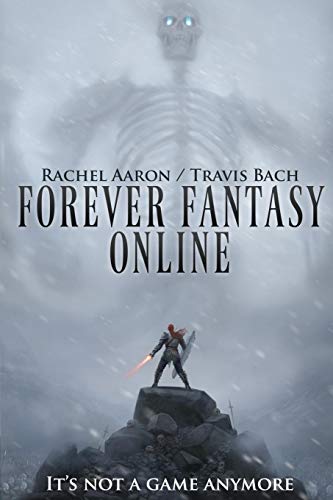 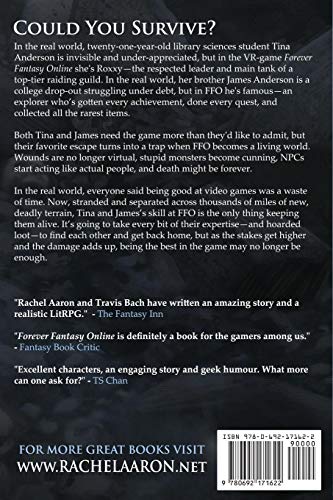 In the real world, twenty-one-year-old library sciences student Tina Anderson is invisible and under-appreciated, but in the VR-game Forever Fantasy Online she’s Roxxy–the respected leader and main tank of a top-tier raiding guild. In the real world, her brother James Anderson is a college drop-out struggling under debt, but in FFO he’s famous–an explorer who’s gotten every achievement, done every quest, and collected all the rarest items.

Both Tina and James need the game more than they’d like to admit, but their favorite escape turns into a trap when FFO becomes a living world. Wounds are no longer virtual, stupid monsters become cunning, NPCs start acting like actual people, and death might be forever.

In the real world, everyone said being good at video games was a waste of time. Now, stranded and separated across thousands of miles of new, deadly terrain, Tina and James’s skill at FFO is the only thing keeping them alive. It’s going to take every bit of their expertise–and hoarded loot–to find each other and get back home, but as the stakes get higher and the damage adds up, being the best in the game may no longer be enough.

Infinite Stars Getting Nerfed by 25%

GDPR Notice: We use cookies to ensure that we give you the best experience on our website for Google Analytics and Amazon Affiliates. If you continue to use this site we will assume that you are happy with it.Ok